A Message from Paula Dean’s Apology 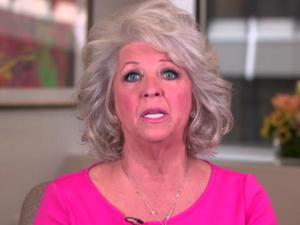 Hi y’all, I’m Paula Dean’s apology. It wasn’t my fault that Paula got fired. I’m only the apology, y’all, not a miracle worker. I don’t put the words in her mouth, I just try to get her past them. See, y’all, there are two kinds of apologies. There is the one from the heart, and the other to save your ass. I’ll leave it to you to decide which one Paula was using.

See, this is how it works. A client, in this case Ms. Dean, commits what we in the industry call an “Oh no she didn’t” moment. Now, many clients complicate that with an outraged and vehement denial, often while getting out of a car or running through and airport, followed by an official statement from a spokesperson. Never good. Makes my job that much harder, and it is never quite believed by anyone. In extreme situations, we recommend checking into some institution until the heat and Press attention blows over, but that’s your choice. I’m just the apology. Lindsay Lohan, that’s a shout out to you, girl!

Look, there are critics out there who are claiming Paula Dean’s apology wasn’t sincere enough. For one, it didn’t help that she came off looking like a character from Willy Wonka’s factory! I can tell y’all that I was one hell of an apology, enough to make the Lincoln Monument cry. Put the blame on the speaker, not me. I’m an apology not a babysitter!

Besides, Paula isn’t my only client, and the apology business has really gotten busy these days. I haven’t been this busy since the Nuremburg Trials. Thought I would get hammered after September 2001, or the Iraq Invasion/weapons of mass destruction kerfuffle, instead I got one lonesome client in Richard Clarke. Thought I might have heard something after Katrina, but I called that one wrong and for that, hey, I am truly sorry-no, just kidding.

I suppose we should be thankful that Paula apologized at all. Seriously, after all the millions she made from cookbooks and TV, and a lot of recipes made with an African American woman who was barely paid above minimum wage, or thinking she could throw slave plantation parties for rich white folks with black servers dressed as slaves she ought to be sorry. She could have denied, hid behind an attorney, or worse, shoved a camera man while snapping a hasty “no comment!” Let’s face it, y’all, you will have to eventually apologize, unless you are BP, FOX News, Monsanto, David Vitter or anyone producing reality TV shows.

But she apologized, for whatever that was worth. She’s gonna take her lumps, like the rest of us common folk would have to. An apology doesn’t get you out of trouble, it just begins the road back. The rest of you, especially in politics, the Chicago School Board and bankers would do well to remember that. And please, please, please, y’all, don’t do this by yourself. Leave the apologies to professionals like me…Got to run, Rush Limbaugh is talkin…oh, why do I even bother?!

Catch WC Turck and Brian Murray only at RevolutionandBeer.com. Watch us every Tuesday at 7:30 p.m., and Wednesdays at 2:30 p.m., on Chicago Cable Channel 19. Please don’t forget to Like us on Facebook.

ACTIVISTS AND COMMUNITY ORGANIZERS: If you have a cause to champion, please let us know. We proudly stand with you in the important work of strengthening the grassroots support network for the city of Chicago.

BEER! Catch the Beer of The Week review with 900poundgorilla, along with weekly food pairings for our featured beers by Chef AJ Francisco and Simply Healthy Gourmet author Carole Cooper here. Find all of the great beers we review each week at www.glunzbeers.com.