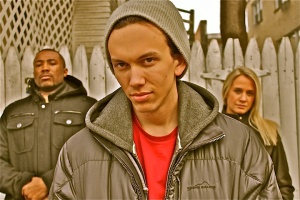 I was privilaged last night to have one of the most purposeful and moving theater experiences yet in Chicago. Ana and I go to quite alot of local theater. We prefer the intimacy and energy of small theaters and companies that produce art for art’s sake. There tends to be a rawness to the pieces, an honest, untempered and untapered energy, unlike many larger venues or by more commercial companies. Stone Soup Theatre Project is one of those rare companies that makes their effort seem so much larger than the small core group of dedicated members and actors. Last night’s show, Tamer of Horses, was a sublime case in point.

The play, sadly, ends its run today, though Stone Soup is already looking forward to their next project this summer. We had members of the company on the television show last month. It will air in july, amid their next run. Keep an eye out though, when Tamer of Horses, a beautifully and brilliantly rendered story, comes to your town it should be at the top of your must see list. If those actors are half as talented as the trio of characters from last night’s play it will be a memorable experience.

Tamer of Horses is a contemporary tale of a runaway street kid named Hector, played here exquisitely by Chris Vizurraga, who takes shelter one cold winter night in a horse barn and is discovered by a couple struggling with their own issues. The couple, Ty and Georgiane, are played by local standouts, Meghan Powe and Steven Royce Stinson. They take the troubled boy in, pulling all three along a tumultuous and emotionally charged road fraught with tension, fear, misgivings and self doubt. Like life, those hardships are punctuated by illuminous moments of joy, love, comedy and enlightenment. The boy dreams of being a hip hop superstar, a dream that takes shape in moments of fantasy driven my a beautifully crafted original score by local artist AO, Animate Objects.

There is no poetic Disney-esque ending here. The ending is smart and real and poignant. It is as hopeful as it is difficult, but it reflects the dramas and choices, the perspectives and even lack of perspectives that drive dynamics, change lives and cost them on the inner city streets of this nation. At the heart of Tamer of Horses is the urgency and complexity of unraveling violence from the lives and hearts of too many young people. But it is also a challenge that the task is a worthy but arduous one. “Thus,” goes the ending of Homer’s the Illiad, which adds a surprising and powerful subtext to the play, “then, did they celebrate the funeral of Hector, tamer of horses.” 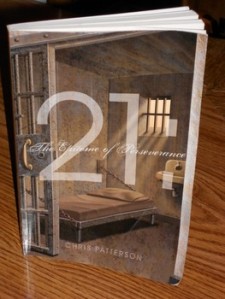 We’ll bring to you much more in the coming months from Stone Soup. This summer they are adapting the autobiography of friend, author and anti-gang activist Chris Patterson, “21-The Epitome of Perseverance.” Chris’ story is powerful, but more powerful is the man behind the story. More on that to come. Until then, make Stone Soup Theatre Project a favorite and keep your calender open for their upcoming season http://stonesouptheatreproject.org/.