No Golden Dawn. Stop the rise of Fascism 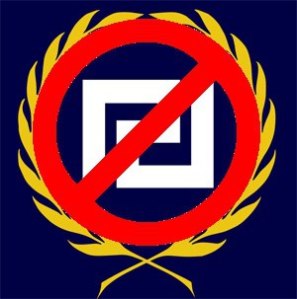 The Greek economic crisis, caused by greed and unrestrained capitalism, has created an environment for the proliferation of hate. That means anti-immigrant, anti-Jewish, anti-minority, anti-women and regressive ideologies. These movements have never been successful, leading ultimately to a disaster for their nations and communities. That is the overt lesson of history. The other lesson of history is the brutality and terror left in their wake. I witnessed this personally during the 1990s as Yugoslavia broke up under a caustic and destructive nationalist regime, resulting in the deaths of hundreds of thousands. 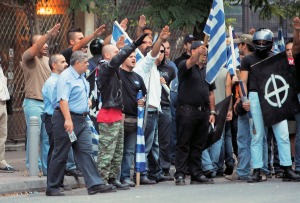 We have a chance to stop Golden Dawn and other fascist groups before they can gain a foot hold. Their goal is to legitimize their message to the American people, establish themselves among the Greek and Balkan expatriot communities and to pipeline funds from the US to Greek fascists. Join the fight, to support freedom and sanity. THIS IS A TRULY GLOBAL EFFORT. Check out these links: 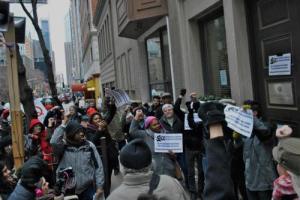 Listen to 900poundgorilla every Sunday morning 8-9am on WCPT, Chicago’s Progressive Talk on Our Town with Mike Sanders, and get involved in building a better community.
Listen to 900poundgorilla every Sunday morning 8-9 on Chicago’s Progressive Talk, WCPT am820 and streaming live worldwide for the Revolution and Beer show only on Our Town. Like us on Facebook at Revolution and Beer.

Catch the beer of the week review with 900poundgorilla’s WC Turck and Brian Murray each Sunday 8-9am only on Our Town, at Chicago’s Progressive Talk, WCPT AM and FM, and streaming online. Friend us on Facebook at Revolution and Beer. And find all of the great beers we review each week at Louis Glunz Beer Inc., http://www.glunzbeers.com. And check out their fine beer glasswear selections at the “Beerables” link at the bottom of their page.

W.C. Turck is a Chicago playwright and the author of four widely acclaimed books.His latest is "The Last Man," a prophetic novel of a world ruled by a single corporation. His first novel, "Broken: One Soldier's Unexpected Journey Home," was reccommended by the National Association of Mental Health Institutes. His 2009 Memoir, "Everything for Love" chronicled the genocide in Bosnia and the siege of Sarajevo. His third book "Burn Down the Sky" is published exclusively on Amazon Kindle. It was in Sarajevo at the height of the siege where he met and married his wife, writer and Artist Ana Turck. FOX NEWS, ABC, CBS News, the Chicago Tribune and The Joliet Herald covered their reunion after the war. He helped organized relief into Rwanda during the 1994 genocide. Turck has been a guest on WMAQ-TV, WLS in Chicago, WCPT, WBBM radio, National Public Radio, Best Of the Left and the Thom Hartmann show. He has spoken frequently on Human Rights, Genocide and Nationalism. In 2011, his play in support of the Occupy Movement, "Occupy My Heart-a revolutionary Christmas Carol" recieved national media attention and filled theaters to capacity across Chicago. He remains an activist to the cause of human rights and international peace. END_OF_DOCUMENT_TOKEN_TO_BE_REPLACED
This entry was posted on Sunday, January 27th, 2013 at 2:44 pm and posted in Uncategorized. You can follow any responses to this entry through the RSS 2.0 feed.
« Maudite Belgian Ale from Unibroue, Revolution and Beer’s brew of the week.
BREAKING: Sit-in at new UofC Hospital building demands life-saving care for youth, 4 arrests as police forcibly remove peaceful protesters »