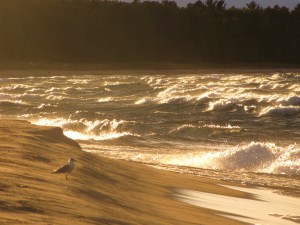 I’m collecting perspectives. That’s all any of us can do in coming to an understanding of what love is. I suppose that’s the way to come to some better comprehension of the word, as it is as elusive as defining a day without explaining the rotation of the earth, the waxing and waning of shadows, of morning dew, the urgency of fulfilling each final moment before sunset, or donning a sweater against an evening chill. How does one comprehend the wind from a single pale word? In it there is limited comprehension fo the gentlest of breezes against a humid morning, the rage of a tornado, a howling blizzard wind or the gust that stands out a flag to its fullest glory. there is only a hint of consideration in the word wind for the clap of a full sail unfurling, of the thundering surf rushed towards  a pristine  shoreline, the rattles of trash through an alley, the frosty whistle through a gap in the window.

Words fail us, and the heart fails us more. Not in the wish for love, but in the arrogance of ego that we truly comprehend its scope. Young lovers exalt in its electric rush, sweeping them headlong towards the uncertainty of love; to be swept over into the abyss where they are lost, or to settle into something that lasts a lifetime. There is the love in a child’s needing eyes, love in the betrayal and sorrow of a broken heart and an argument, and love in the adoring gaze of a pet. 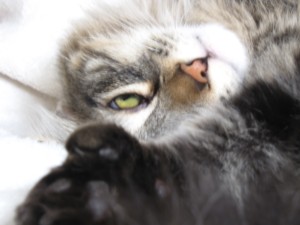 There is love among friends, between lovers and among enemies. The desperate, dying and downtrodden find love in the rescuing eyes of those who would comfort and save them. Some find love in a glass of wine, or in a wonderful meal, others in the whisper of a sunrise or the majesty of a moment. We love our work and the passion of a cherished painter, or the brilliance of a favorite writer, or in diversity of all things. Many find it in the grace and goodness of god, but who’s god, and in what form god takes is entirely their own definition.

Defining love might be the fools way out. No, better to come to it as a  science of sorts, in which there will never be a proper or simple definition, but rather a  deeper knowledge and understanding. Love, for me, is changing every day. It is not at all what it was when I first asked my wife to marry me. Indeed, then I would never have imagined it might also serve to highlight my deepest flaws. And love as I understand it now will not be the same as the love my parents know as they celebrate their 50th wedding anniversary. But I am hoping, and I am hoping I will understand it a bit better each new day. 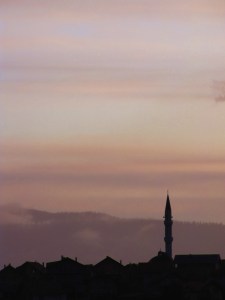 W.C. Turck is a Chicago playwright and the author of four widely acclaimed books.His latest is "The Last Man," a prophetic novel of a world ruled by a single corporation. His first novel, "Broken: One Soldier's Unexpected Journey Home," was reccommended by the National Association of Mental Health Institutes. His 2009 Memoir, "Everything for Love" chronicled the genocide in Bosnia and the siege of Sarajevo. His third book "Burn Down the Sky" is published exclusively on Amazon Kindle. It was in Sarajevo at the height of the siege where he met and married his wife, writer and Artist Ana Turck. FOX NEWS, ABC, CBS News, the Chicago Tribune and The Joliet Herald covered their reunion after the war. He helped organized relief into Rwanda during the 1994 genocide. Turck has been a guest on WMAQ-TV, WLS in Chicago, WCPT, WBBM radio, National Public Radio, Best Of the Left and the Thom Hartmann show. He has spoken frequently on Human Rights, Genocide and Nationalism. In 2011, his play in support of the Occupy Movement, "Occupy My Heart-a revolutionary Christmas Carol" recieved national media attention and filled theaters to capacity across Chicago. He remains an activist to the cause of human rights and international peace. END_OF_DOCUMENT_TOKEN_TO_BE_REPLACED
This entry was posted on Monday, June 27th, 2011 at 8:44 pm and tagged with gay marriage, human rights, Love, marriage, relaionships, society, W.C. Turck, wordpress and posted in Uncategorized. You can follow any responses to this entry through the RSS 2.0 feed.
« Burn Down the Sky: An excerpt
Marriage:History, Religion and Hallmark cards »