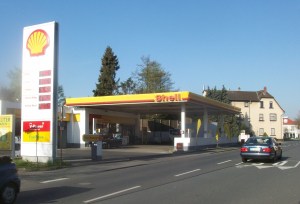 TwentyPercent. That is the avaerage number of Americans who own Passports. The State Department issues on average between fifty and seventy million Passports, in a nation of roughly 320 million people. That means any given year eighy million never leave the country and never come face to face with the falsehoods and outright exaggerations of the Corporate and Right-leaning media in this country. they are never challenged in their ideas, and most importantly, challenged in the America-centric view of the world. They will never know the limits to which information is filtered and skewed before being repackaged and refed to them by a media that is merely the propaganda wing for a consumer-driven society force fed cheap crap and mindless schlock as a means of maintaining control over them; whipping them one way and then the other at the whims of the power and corporate elite. before you think me paranoid, read on a bit farther.
So-called “European Socialism” has become the perjorative since the Corporate coup of the 1980’s under Ronald Reagan. It really began in the waning days of the Second World War and was warned about famously by Dwight D. Eisenhower, but found its champion with Reagan and his looters. But it was under Bill Clinton and George W. Bush that the Coup makers felt secure enough to assert their greed and interests against the Democratic promise of the Constitution and the American people.
And so they, in strategic ord er began dismantling the nation, sucking the wealth of the United States until today one percent of the power elite in this country now control more than eighty percent of the wealth. They crush dissent and outrage by pointing to “Socialist Europe” and its “failed economic and health systems.” And so poor working class people join tea parties that are merely fronts for the further rape and robery of the nation. And oh baby, next they are coming for your social security, now that you’ve been adequately softened and confused into believing giving it to Wallstreet is the only way to save it!
Having just returned from Germany( I get to Europe at least once each year and deal with Asia on a daily basis in my work), I can tell you we are absolutely being lied to. Europe works, at least as well as the USA and in some ways better. I know, someone will bring up Greece and Ireland’s floundering economies, but name me a US state not currently under the same financial strain, or worse. As of Friday gas in Germany was 1.46/liter at the Shell station down the street from my hotel in Raunheim Germany just outside Frankfurt. With a gallon equal to 3.79 liters that works out to Euro 6.52. Now remember the Dollar, the Dollar is weaker, I said weaker than the Euro. At the current rate Germans are paying $9.32 a gallon. That’s alot, but the raods are in excellent condition, and far superior to the moonscapes of America’s roads which seem to get repaired each year, but never quite fixed. breakdowns are handled quickly and efficiently and the roadsides are clean, hardly the trash heaps lining our roadways! Furthermore, their schools are safe and clean, and out-performing American schools in such a way that we should be ashamed at the level to which we have been falling.
The w aelthy never seem to acquire enough and condescend and belittle those who call them out on their unpatriotic and treasonous looting of America, fully evident in America’s inner cities, the unemployment numbers, burgeoning poverty numbers, failing schools and a threat that you will have to work literally until you die without any hope of seeing the Social Security that folks once saw as a promise to enjoy the final years of life, or at the very least, pass from this world after lifetimes of hard labor with a standard of decency. We are not outraged by News programs that tells us how to live with a little less, and then a bit less the next year and still more the following year. Dissatisfaction becomes cause for their sarcasm, feigned outrage and outright attacks, which no doubt this note will attract.
To that I will say this. When I was in Bosnia during the civil war in the mid 1990’s I heard an interview with a survivor of the Serbian massacres of civilians at Srebrenica, which killed six thousand, most of them execute by the hundreds. He told how some cried and pleaded for mercy that would never come. A few were defiant, berating their executioners to the end. Most were silent and went without a whimper. As for me, I cannot remain silent in the face of injustice, particularly if you truly believe in the promised greatness of this country for all, and not just a few.
God bless the good people of this country, even as the nation has been duped and led terribly astray. Learn the truth, not the Glenn beck paranoid faux truth, but the real truth about the hrdships and suffering around you, where it really comes from and how to change things for the better.
Am I saying that all Corporations are the enemy. No. Some are. Some aren’t. I won’t name them specifically, at leat not yet, but I’ll tell you where to start to get your country back. Break up the media empires first. Demand from your elected Representatives that they take this up. Organize and vote them from office if they do not, and let them know that is exactly what you will do. The power should be in our hand, “We the People” not “The Corporations first and the rest of us get to pick over the remaining scraps.” Stand up. Get to work, and most of all don’t go quietly to your pauper’s grave!

W.C. Turck is a Chicago playwright and the author of four widely acclaimed books.His latest is "The Last Man," a prophetic novel of a world ruled by a single corporation. His first novel, "Broken: One Soldier's Unexpected Journey Home," was reccommended by the National Association of Mental Health Institutes. His 2009 Memoir, "Everything for Love" chronicled the genocide in Bosnia and the siege of Sarajevo. His third book "Burn Down the Sky" is published exclusively on Amazon Kindle. It was in Sarajevo at the height of the siege where he met and married his wife, writer and Artist Ana Turck. FOX NEWS, ABC, CBS News, the Chicago Tribune and The Joliet Herald covered their reunion after the war. He helped organized relief into Rwanda during the 1994 genocide. Turck has been a guest on WMAQ-TV, WLS in Chicago, WCPT, WBBM radio, National Public Radio, Best Of the Left and the Thom Hartmann show. He has spoken frequently on Human Rights, Genocide and Nationalism. In 2011, his play in support of the Occupy Movement, "Occupy My Heart-a revolutionary Christmas Carol" recieved national media attention and filled theaters to capacity across Chicago. He remains an activist to the cause of human rights and international peace. END_OF_DOCUMENT_TOKEN_TO_BE_REPLACED
This entry was posted on Sunday, April 10th, 2011 at 8:59 pm and tagged with America, Economy, Europe, Politics and posted in Uncategorized. You can follow any responses to this entry through the RSS 2.0 feed.
« Hello world!
Duff Beer. Where has Homer been hiding you? Germany? Doh! »